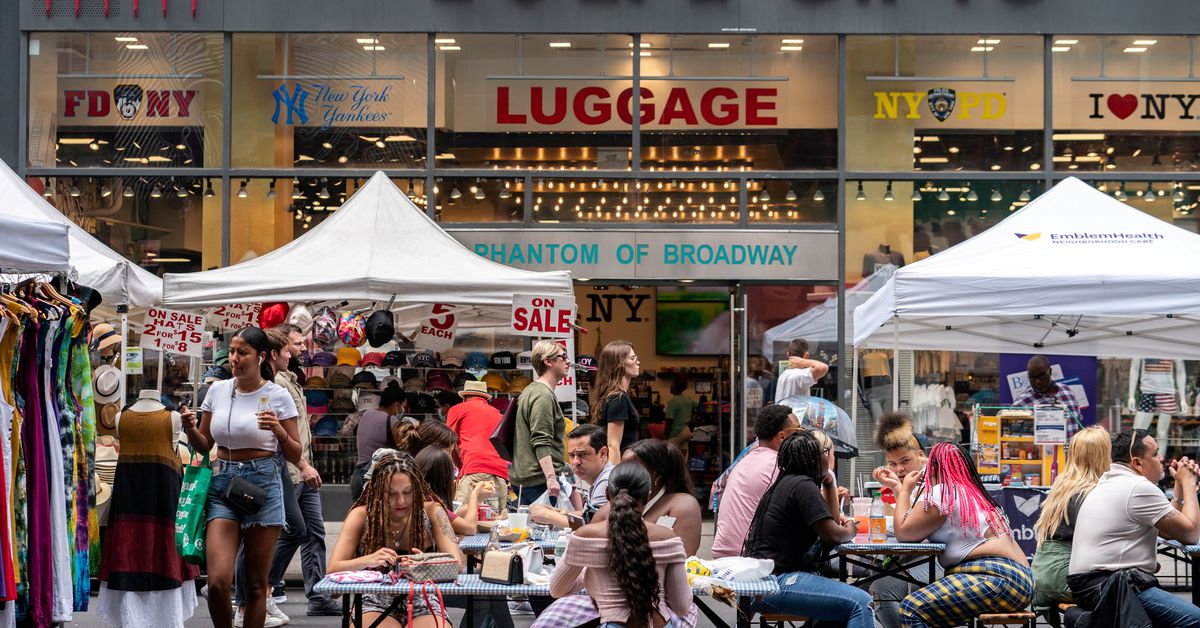 WASHINGTON, July 23 (Reuters) – U.S. business activity grew at a moderate pace for a second straight month in July amid supply constraints, suggesting a cooling in economic activity after what was expected to have been a robust second quarter.

Data firm IHS Markit said on Friday its flash U.S. Composite PMI Output Index, which tracks the manufacturing and services sectors, fell to a four-month low of 59.7 from 63.7 in June. A reading above 50 indicates growth in the private sector.

Businesses are battling shortages of raw materials and labor, which are fanning inflation, in the aftermath of the economy’s reopening after severe disruptions caused by the COVID-19 pandemic. The survey’s findings fit in with economists’ views that growth will slow after accelerating in the second quarter, thanks to massive fiscal stimulus.

Even with the boost from government money fading, the economy remains supported by strong demand, with households having accumulated at least $2.5 trillion in excess savings during the pandemic. The labor market recovery is also gaining traction and wages are rising as companies compete for workers.

But the Delta variant of the coronavirus, which is behind a resurgence in new COVID-19 infections in parts of the country with low vaccination rates, could result in consumers being more cautious.

“While the second quarter may therefore represent a peaking in the pace of economic growth according to the PMI, the third quarter is still looking encouragingly strong,” said Chris Williamson, chief business economist at IHS Markit. “Short-term capacity issues remain a concern, constraining output in many manufacturing and service sector companies while simultaneously pushing prices higher as demand exceeds supply.”

The government is due to publish its snapshot of second-quarter gross domestic product next Thursday. Growth estimates are converging around a 9.0% annualized rate. The economy grew at a 6.4% pace in the first quarter.

The IHS Markit survey’s flash services sector PMI fell to a reading of 59.8 from 64.6 in June, slowing further from May’s record high. Economists polled by Reuters had forecast a reading of 64.8 this month for the services sector, which accounts for more than two-thirds of U.S. economic activity.

Firms reporting a slowdown in activity cited labor shortages and difficulties acquiring stock. According to the survey, some firms reported customer hesitancy because of significant hikes in selling prices. Companies are passing on to consumers the higher production costs brought about by scarce raw materials and workers.

The government reported last week that consumer prices increased by the most in 13 years in June, while producer prices accelerated. read more

There are, however, signs that inflation is close to peaking. The survey’s measure of prices paid by services businesses slipped to 72.1 from a reading of 74.2 in June.

While services sector activity is cooling, manufacturing continues to power ahead. The survey’s flash manufacturing PMI rose to an all-time high reading of 63.1 from 62.1 in June. Economists had forecast the index for the sector, which accounts for 11.9% of the economy, would dip to 62.

A measure of new orders received by factories increased and manufacturers reported unfinished work continued to pile up even as hiring picked up. Suppliers continued to struggle to deliver inputs on time.