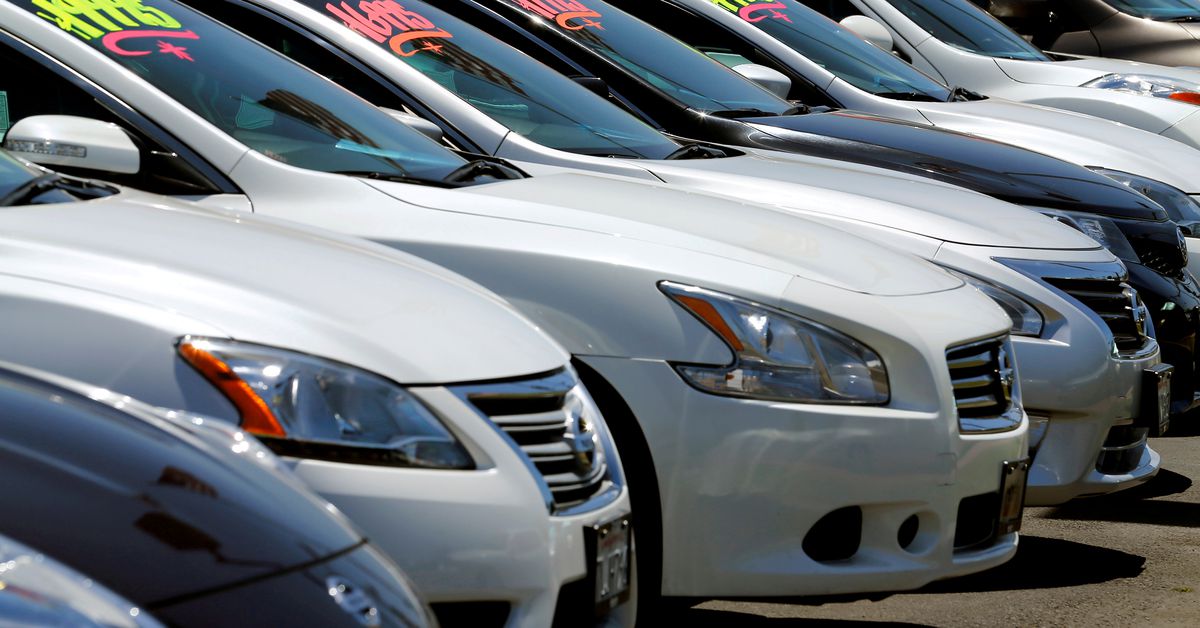 Automobiles are shown for sale at a car dealership in Carlsbad, California, U.S. May 2, 2016. REUTERS/Mike Blake

Business inventories rose 0.6% after a similar gain in July, the Commerce Department said on Friday. Inventories are a key component of gross domestic product. August’s increase was in line with economists’ expectations.

Retail inventories excluding autos, which go into the calculation of GDP, rose 0.6% as estimated last month.

Business inventories were depleted in the first half of the year, but shortages amid persistent supply bottlenecks because of the COVID-19 pandemic and congestion at ports in the United States and China are making it difficult to rebuild stocks.

That has contributed to third-quarter GDP growth estimates being slashed to as low as a 1.3% annualized rate from as high as a 7% pace. The economy grew at a 6.7% pace in the second quarter.

Business sales dipped 0.1% in August after increasing 0.5% in July. At August’s sales pace, it would take 1.26 months for businesses to clear shelves, up from 1.25 months in July.