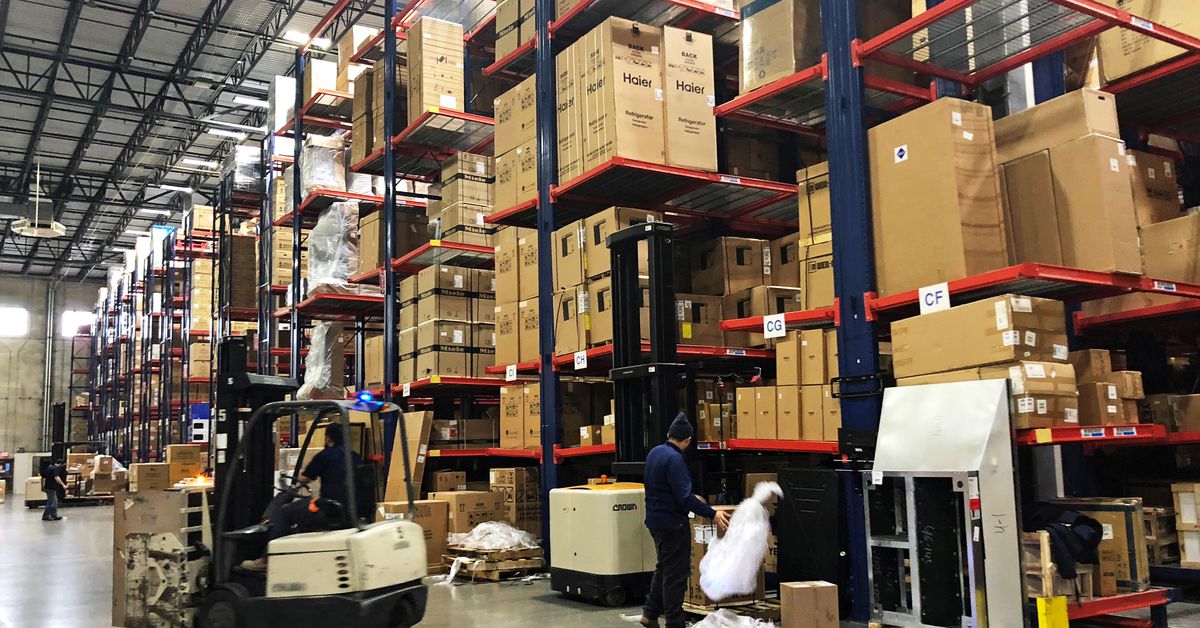 Warehouse workers deal with inventory stacked up to the ceiling at an ABT Electronics Facility in Glenview, Illinois, U.S. December 4, 2018. REUTERS/Richa Naidu

Business inventories rose 0.5% after increasing 0.9% in June, the Commerce Department said on Thursday. Inventories are a key component of gross domestic product. July’s increase was in line with economists’ expectations.

Inventories rose 7.2% on a year-on-year basis in July.

Retail inventories excluding autos, which go into the calculation of GDP, rose 0.5% as estimated last month.

Business inventories were depleted in the first half of the year, but shortages amid persistent supply bottlenecks because of the COVID-19 pandemic and recent ports congestion in China are frustrating efforts to replenish stocks.

Still, inventory rebuilding is expected to underpin economic growth in the second half of the year.

Business sales gained 0.5% in July after rising 1.6% in June. At July’s sales pace, it would take 1.25 months for businesses to clear shelves, unchanged from June.