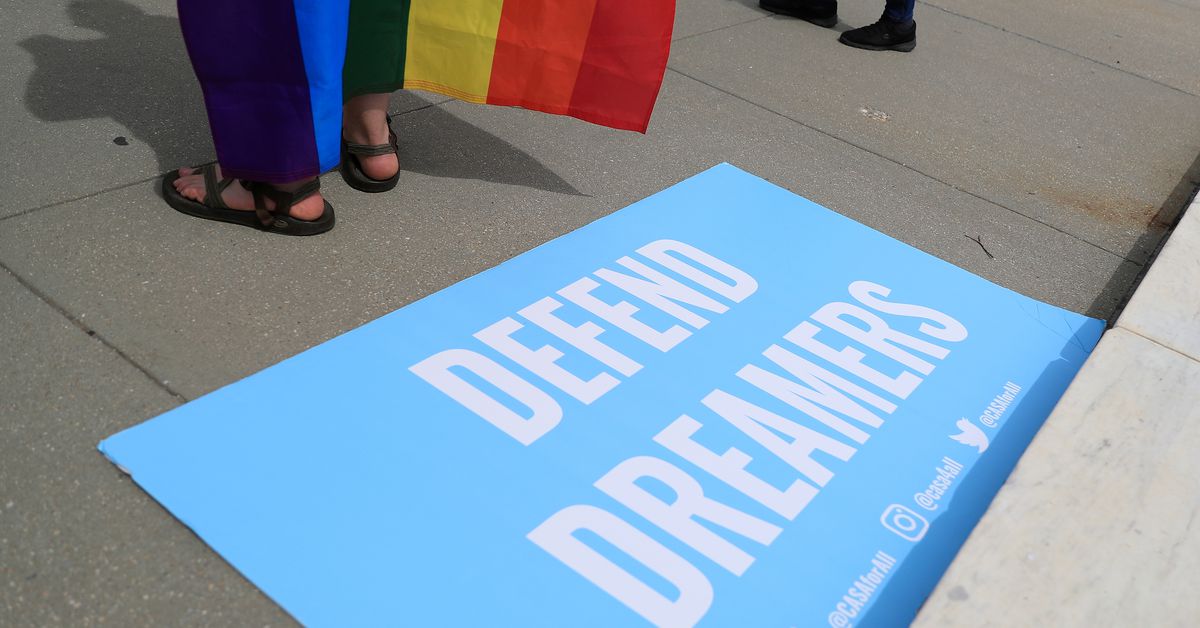 A sign in support of DACA Dreamers lies at the steps of the U.S. Supreme Court after the court declined to hear a Trump administration challenge to California’s sanctuary laws, in Washington, D.C., U.S., June 15, 2020. REUTERS/Tom Brenner/File Photo

July 17 (Reuters) – Some U.S. tech companies expressed disappointment with a ruling by a federal judge that blocked new applications to a program that protects immigrants who were brought to the United States as children from deportation.

U.S. District Judge Andrew Hanen on Friday sided with a group of states suing to end the Deferred Action for Childhood Arrivals (DACA) program, arguing that it was illegally created by former President Barack Obama in 2012. read more

“We have long argued in support of this program, filing an amicus brief in this case, and we are very disappointed by the decision (from the judge)”, Google (GOOGL.O) spokesperson Jose Castaneda said.

“Dreamers and immigrants make the United States — and Twitter — better”, a spokesperson from social media platform Twitter (TWTR.N) said in an emailed statement.

Twitter, Google, Microsoft(MSFT.O) and Photoshop maker Adobe (ADBE.O) urged the U.S. Congress to come together to protect Dreamers, with Google saying they wanted DACA to be “cemented” into law.

The judge ruled on Friday that the program violated the Administrative Procedure Act (APA) when it was created but said that since there were so many people currently enrolled in the program – nearly 650,000 – his ruling would be temporarily stayed for their cases and their renewal applications.

Biden, who was vice president when Obama created the program, has said he wants to create a permanent pathway to citizenship for DACA recipients, known as “Dreamers.”

On Saturday, Biden vowed to preserve the program that protects from deportation hundreds of thousands of immigrants brought to the U.S. as children, promising to appeal the judge’s ruling invalidating it and urging Congress to provide a path to citizenship. read more

Reporting by Kanishka Singh in Bengaluru, Editing by Nick Zieminski