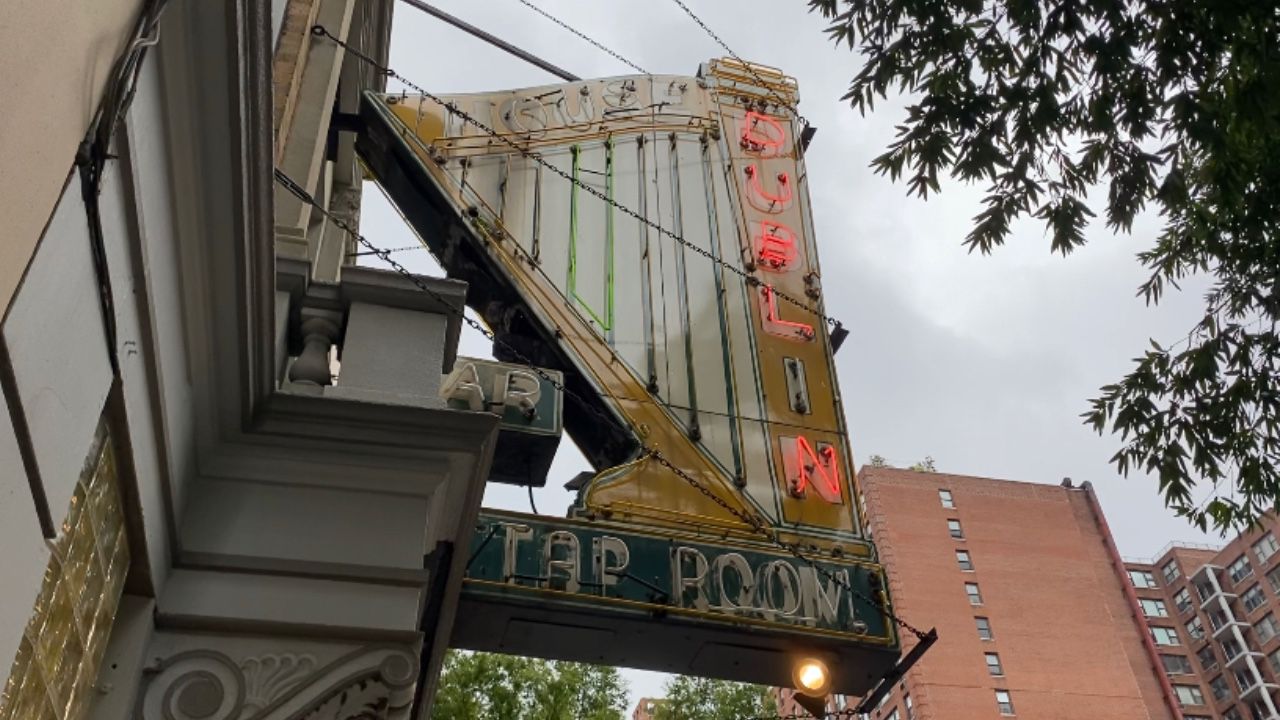 Dave Schulz is enjoying a beer in a watering hole he has been frequenting since he moved to the Upper West Side with his wife in 1967.

“We moved up the block, so within a day or two I was here, so I came here then and I haven’t stopped coming,” says Schulz.

The bar is the Dublin House, located on 79th between Broadway and Amsterdam Avenue. It’s hard to miss: there’s a giant neon harp sign outside that has been a beacon of sorts for customers.

The Caraway family from Ireland opened the bar during prohibition in 1921 and it became a legal bar in 1933, that’s when the sign went up.

For years, it was run by John Caraway’s nephew Chris Waters, and in 2006, longtime bartender Mike Cormican, who hails from County Galway, Ireland, bought it to keep the tradition going.

“We’re very well known and we get a lot of tourists, people come back year after year, people who drank here years ago come back here and drink again,” said Cormican.

They sure do, like Robert Weinberg, who has been a regular since 1973. He was at the bar with daughter Tian. It was her first time here.

“When I first started coming here, everything on tap was basically Rheingold,” said Weinberg, referring to the once popular beer.

“Growing up with someone who grew up in the city, having all these neighborhood institutions, you definitely want to come by and see what the history is like,” said Tian Weinberg.

The bar, which pretty much hasn’t changed since it opened with its wood paneling and two-person booth tables, was closed for nearly a year and a half during the pandemic.

Customers are glad the doors are open once again. As for the iconic sign, which isn’t shining as bright as it once did, a GoFundMe campaign launched by Jeff Friedman of the downtown sign shop “Let There Be Neon” has made it possible to restore it to its former neon glory. Work will begin on it next month.

“The goal was $15,000, that was hit in less than 24 hours, everyone has been absolutely brilliant for their kindness and donations, it’s been remarkable,” said Nicola Cusack, a bartender at Dublin House for seven years.