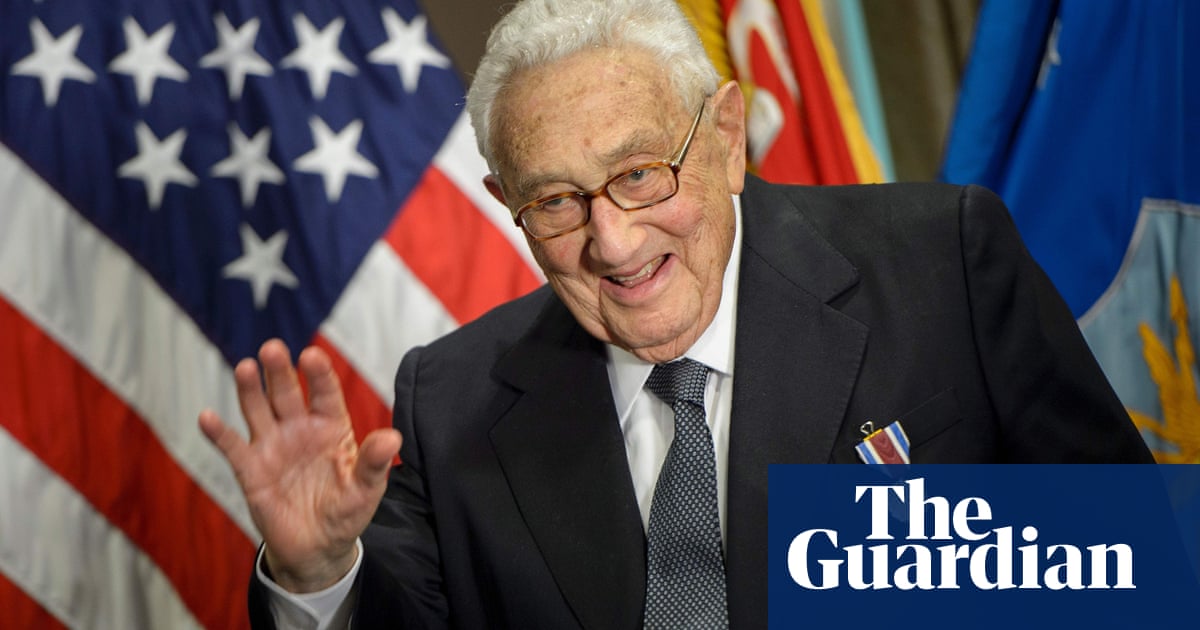 Former US diplomat Henry Kissinger has said that US-China tensions threaten to engulf the entire world and could lead to an Armageddon-like clash between the two military and technology giants.

The 97-year-old former US secretary of state, who as an adviser to president Richard Nixon crafted the 1971 unfreezing of relations between Washington and Beijing, said the mix of economic, military and technological strengths of the two superpowers carried more risks than the cold war with the Soviet Union.

“Because if we can’t solve that, then the risk is that all over the world a kind of cold war will develop between China and the United States.”

His comments came as US defence secretary, Lloyd Austin, warned that “the way we fight the next major war is going to look very different from the way we fought the last ones”, in his first major policy speech.

Kissinger said that while nuclear weapons were already large enough to damage the entire globe during the cold war, advances in nuclear technology and artificial intelligence – where China and the US are both leaders – have multiplied the doomsday threat.

“For the first time in human history, humanity has the capacity to extinguish itself in a finite period of time,” Kissinger said.

“We have developed the technology of a power that is beyond what anybody imagined even 70 years ago.”

“And now, to the nuclear issue is added the hi-tech issue, which in the field of artificial intelligence, in its essence is based on the fact that man becomes a partner of machines and that machines can develop their own judgment,” he said.

“So in a military conflict between hi-tech powers, it’s of colossal significance.”

The cold war between the US and the Soviet Union during the decades after the second world war was more one-dimensional, focused on nuclear weapons competition, said Kissinger, one of the leading strategic thinkers of the past six decades.

“The Soviet Union had no economic capacity. They had military technological capacity,” he said.

“(They) didn’t have developmental technological capacity as China does. China is a huge economic power in addition to being a significant military power.”

Kissinger said US policy toward China must take a two-pronged approach: standing firm on US principles to demand China’s respect, while maintaining a constant dialogue and finding areas of cooperation.

“I’m not saying that diplomacy will always lead to beneficial results,” he said.

“This is the complex task we have … Nobody has succeeded in doing it completely,” he said.

Speaking on a trip to the Hawaii-based US Pacific command, Austin called for the harnessing of technological advances and better integrating military operations globally to “understand faster, decide faster and act faster.”

He did not explicitly mention rivals like China or Russia. But his remarks came as the US starts an unconditional withdrawal from Afghanistan on orders from President Joe Biden aimed at ending America’s longest war and resetting Pentagon priorities.

Austin acknowledged that he had spent “most of the past two decades executing the last of the old wars.”

His remarks did not appear to prescribe specific actions or predict any specific conflict. He instead appeared to outline broad, somewhat vague goals to drive the Pentagon under the Biden administration.

“We can’t predict the future,” Austin said. “So what we need is the right mix of technology, operational concepts and capabilities – all woven together in a networked way that is so credible, so flexible and so formidable that it will give any adversary pause.”