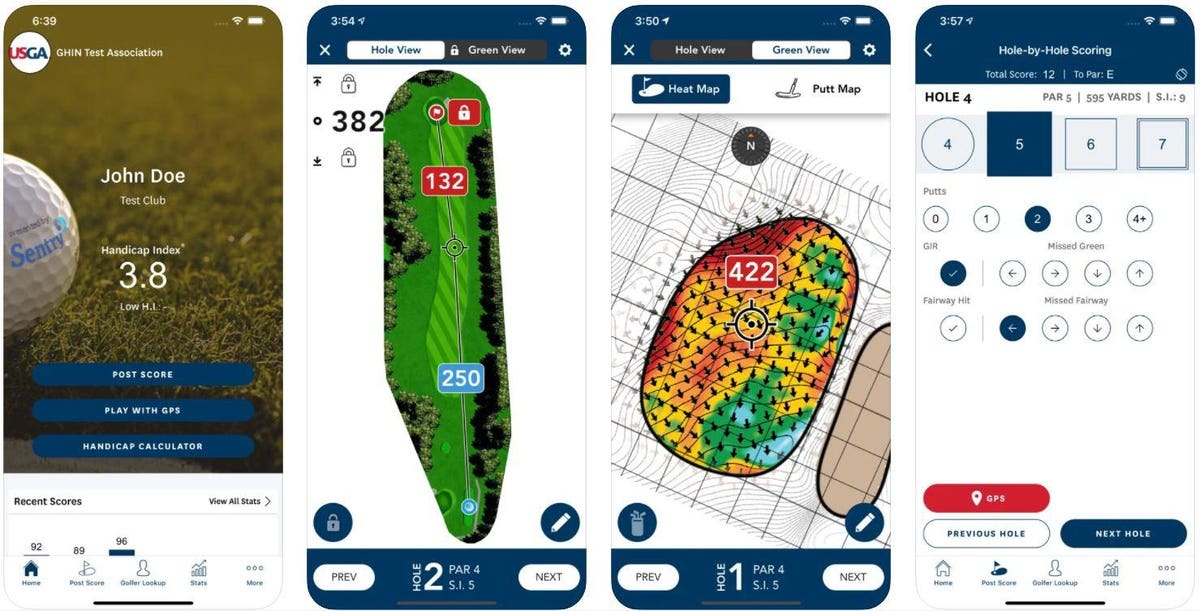 In an update that was a year in the making, the USGA has given golfers what they’ve been clamoring for: GPS distances and course-mapping in its GHIN handicapping app.

Almost 2.5 million golfers have an official USGA handicap index – approximately 10% of the sport’s U.S. participation pool – and using the score-posting service via app has become increasingly popular. Last year, 66% of the 80 million scores posted for handicap purposes were done so through the GHIN app, up from 24% in 2016.

Technology has become more commonplace in golf in general, with 78% of Core golfers (those who play 8-or-more rounds annually) having at least one golf-specific app on their phone, according to a recent consumer survey from the National Golf Foundation. The average number of golf apps used by Core golfers is 3 1/2, the NGF reports, with the most popular uses being posting scores and GPS distances or course guides. So, it makes sense the USGA made it a priority to combine those two popular services in its GHIN app.

“When we started this, this was the most requested feature from our golf community for at least the last 18 months,” said Gareth Londt, the USGA’s Managing Director, Golf Handicap Information Network (GHIN) & Information Technology. “I’m very confident that people will see that we’ve delivered on that by not just delivering what they asked for but giving them more.”

Indeed, in addition to GPS distances, the GHIN app’s update includes green reading capability at thousands of courses worldwide, digitally showing breaks and contours on the putting surface. The green reading guide, shot tracking, and distances to the front, back and middle of every green are available for an upgrade of about $40 annually. The additions are intended to eliminate the need for using multiple golf apps simultaneously, at least in many instances.

While Londt expected the upgrades, particularly the green-reading technology, to appeal to single-digit handicappers, the average handicap of the early adopters has been almost 22. The USGA began slowly rolling out notifications of the available GHIN app upgrade during the final week of July and will continue to publicize the new tech through the 56 of the 59 allied state and regional golf associations it’s partnered with.

In case you’re wondering, the GPS and green-reading functionality are both rules compliant. While green-reading books could soon be banned for professional golfers on the PGA TOUR, governing bodies like the USGA and R&A have made them permissible at other levels.

After rolling out changes to its World Handicapping System at the start of 2020, the USGA sought input from its community of golfers to figure out how to improve on its score-posting interface. The response – 99% of the time, Londt said – was GPS first, stats second, and the ability to set up and manage a variety of games between participants third.

Rather than building the technology itself, the USGA found a white-label solution – one developed by a partner company that it could rebrand and resell as its own. It was customized to be compliant with the new handicapping system and simple to use.

“We wanted to keep the clutter and noise away from what we need golfers to do,” said Londt. “The genesis of GHIN is posting scores.”

The update took about a year of development and implementation, including an extra 3-4 months for the green-reading technology. But it’s a change that’s been quickly embraced by golfers. And in addition to helping golfers, the new tech has bigger-picture benefits for the USGA.

“It’s integrated so tightly into the GHIN app that a golfer can just enter their scores, use GPS and go on their merry way. And the hole-by-hole scoring and stats we’ve promoted can be beneficial because we can now start getting more information about how to track your playing ability and how we can help your future,” said Londt. “But it’s not only about playing ability. This will ultimately help us at the USGA learn a lot more about strategic projects like course rating, distance, and more.”