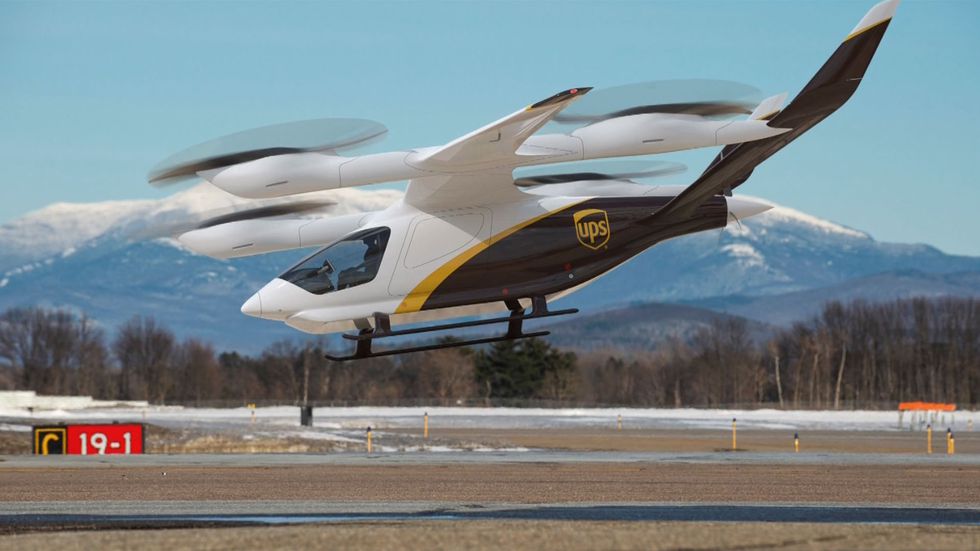 SOUTH BURLINGTON, Vt. (WCAX) – A Vermont tech company has struck a deal to sell electric planes to one of America’s shipping giants.

South Burlington-based BETA Technologies has just confirmed a transaction with UPS. The company has committed to buying 10 planes and has an option to purchase another 150.

BETA’s electric aircraft is a cross between a plane and a helicopter. Leaders say landing in the commercial sector is helping the company really take off.

“It’s a huge deal for the entire industry because it’s a big step into sustainable aviation by a major player in the logistics world, but obviously a huge deal for BETA here in Burlington,” said Kyle Clark, the founder and CEO of BETA.

Clark says in the last few years, the company has made major progress evolving from a concept written on a drawing board to an electric aircraft flying in the air.

But this commitment from UPS brings the technology to new heights.

“With UPS having a real mission for the aircraft that they can use on a day to day basis, get the utilization rates high enough, so that the really, really important savings, financial savings due to the reduction of maintenance and the elimination of fuels in the aircraft closes that commercial gap,” Clark said.

In other words, the more companies like UPS invest in electric aircraft, the cheaper it will be.

And once BETA establishes financial viability, it can leverage the technology’s sustainability.

So far, Vermont-based United Therapeutics has contracted with the company to use the electric aircraft for transporting organs and tissues. The United States Air Force has also made a commitment.

UPS said in a statement it’s onboard because it will eliminate the need to stop at airports to deliver time-sensitive packages. Instead, the helicopter-like landing and takeoff ability allows the planes to travel straight from facility to facility.

Pending FAA certification, Clark says all the planes will be in the air by 2024.

Meet ALIA. The aircraft often test flies the Plattsburgh and Burlington skies. There are only two electric aircraft built right now, manned by one pilot.

For UPS’ purposes, the cargo hold can contain up to 1,400 pounds of packages.

“I would say that we’ve crossed some really important milestones to prove to UPS and United Therapeutics that the technology fundamentally works, and now it’s an execution challenge, a regulatory challenge, and a manufacturing challenge,” Clark said.

BETA is hiring to make that happen. Clark says the 200-person company will be looking for about an additional 300 employees over the next few years to ramp up production.