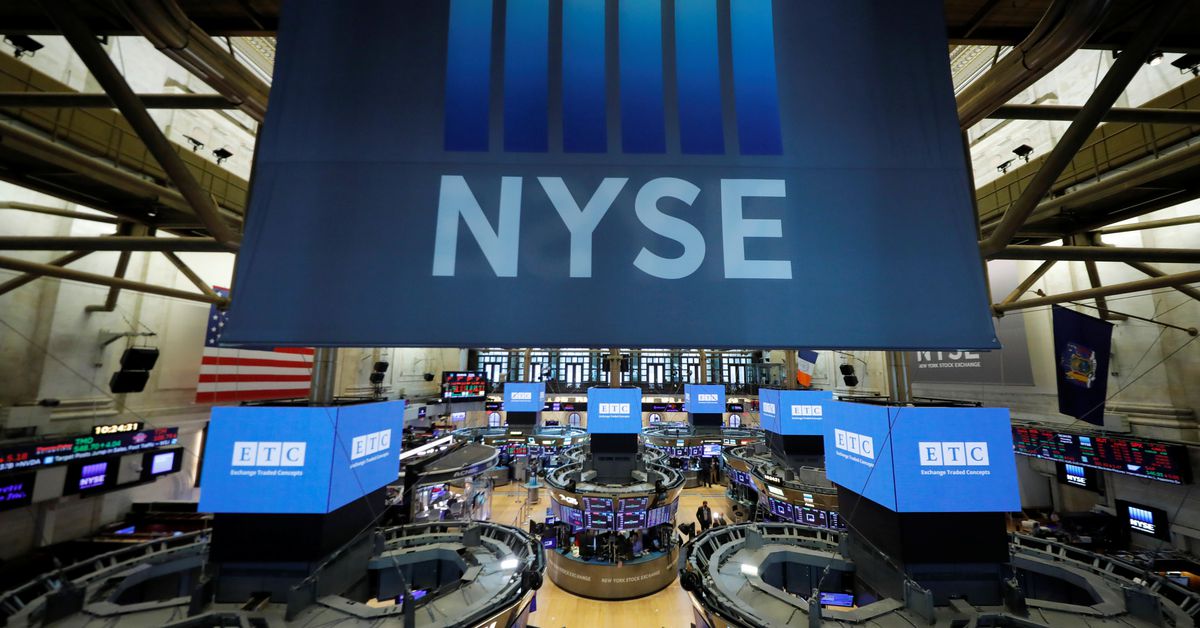 Aug 20 (Reuters) – The Nasdaq led gains among Wall Street indexes on Friday, driven by strength in tech stocks, although concerns over a slowing economic recovery and the possible tapering of stimulus saw the Dow and the S&P 500 set for their worst week since mid-June.

Nine of the 11 major S&P sectors advanced in early trading. The S&P 500 energy sector (.SPNY) underperformed, and was down 8% so far this week, heading for its worst performance since September last year.

Travel-related stocks including cruise liners (NCLH.N), (CCL.N), (RCL.N) dropped as much as 0.6%, as Asian countries announced more drastic curbs and longer lockdowns for citizens to fight a surge in infections caused by the highly infectious Delta variant of the coronavirus. read more

“The growing concerns of the weakening economy, the Fed tapering, and the Delta variant were at the front of traders’ minds and when you mix all of that together with the seasonally weak August and coming September period, it all added up to one of the worst weeks we’ve seen in a couple of months,” said Ryan Detrick, a senior market strategist at LPL Financial.

Global equities took a backseat this week, with U.S. stocks slipping from record highs as downbeat economic data from China compounded concerns regarding the outlook for U.S. stimulus.

Minutes from the Federal Reserve’s last policy meeting showed officials largely expect to reduce the central bank’s emergency monthly purchases of $120 billion of Treasury bonds and mortgage-backed securities later this year, amid a recovery in the jobs market. read more

Focus is now on the Fed’s annual research conference in Jackson Hole, Wyoming, next week for any read about the central bank’s next steps.

“The market is so hypersensitive over tapering … the odds of more volatility around it are stronger, just because we’re so hyper focused on the Fed policy right now,” Detrick said.

Deere & Co (DE.N) fell 1.7% even after it beat Wall Street estimates for third-quarter revenue and lifted its full-year earnings forecast on strong demand for farm and construction equipment. read more

Reporting by Devik Jain and Medha Singh in Bengaluru; Editing by Subhranshu Sahu and Maju Samuel