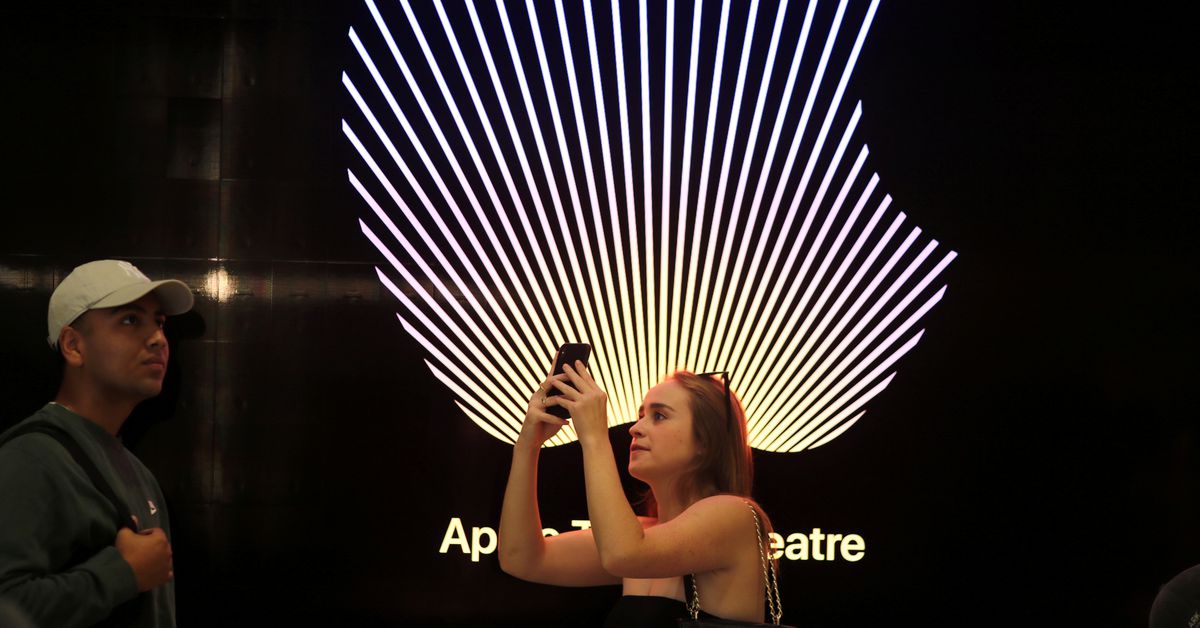 NEW YORK, July 23 (Reuters) – The rally on Wall Street faces a fresh test next week with a flood of earnings reports from major U.S. companies, including the tech and internet behemoths that have recently retaken leadership of the market.

More than one third of the S&P 500 is set to report quarterly results next week, headlined by Apple (AAPL.O), Microsoft (MSFT.O), Amazon (AMZN.O) and Google-parent Alphabet (GOOGL.O), the four largest U.S. companies by market value.

“The expectation level for these names is quite a bit higher than it was a month ago given the stock performance, so I think they are going to have to deliver,” said Walter Todd, chief investment officer with Greenwood Capital in South Carolina.

“It’s a question of looking forward: Can they live up to the expectations that the stock prices reflect?”

The strength in those large stocks has come amid concerns about a slowing U.S. economic recovery that have helped pushed down benchmark Treasury yields this week to their lowest levels since February, before rebounding some.

As the Delta variant of COVID-19 sweeps through the United States, the economic outlook will be in sharp focus at the Federal Reserve’s meeting on Tuesday and Wednesday, another pivotal event for investors seeking clues for when the central bank might rein in its easy money policies.

Though the S&P 500 stands at record levels after rallying more than 95% from its March 2020 lows, stocks have endured more volatility in recent days as investors seek to reconcile bond-market signals about the economic outlook.

Indeed, below the surface, stock performance indicates some doubts about economic strength. Growth stocks, which led the market for years as the economy grew sluggishly, have outperformed economically-sensitive value stocks in July, while smaller stocks, which tend to have more exposure to the U.S. economy, have also lagged, with the small-cap Russell 2000 (.RUT) down over 4% so far this month.

“Investors have… sought safety in those megacaps, particularly the megacap tech companies, which are expected to continue to deliver very strong growth,” said Tim Skiendzielewski, investment director at Aberdeen Standard Investments in Philadelphia.

The dominance of the megacap stocks also raises concerns that the broader index may be more dependent on the fortunes of a few giant technology-related companies.

The market cap of five companies — Apple, Microsoft, Amazon, Alphabet and Facebook (FB.O) — recently stood at 24.6% of the S&P 500’s market cap, nearly the highest proportion it has been in 2021.

Fewer than half of the stocks in the S&P 500 recently traded above their 50-day moving averages even as the index has been at or near new highs, compared to over 90% in April, a sign that “what is happening beneath the surface is at odds with the picture of strength that is portrayed if one just looks at the popular averages,” according to Willie Delwiche, an investment strategist with market research firm All Star Charts.

At the same time, bullish investors can point to a strong start for an earnings season that has been expected to show a powerful rebound from the pandemic. With 120 S&P 500 companies having reported so far, second-quarter earnings are expected to have jumped 78.1% from a year ago, up from an expectation of 65.4% at the start of the month, according to Refinitiv IBES data.

Other heavyweights reporting next week include Facebook (FB.O), Tesla (TSLA.O), Visa (V.N), Exxon Mobil (XOM.N) and Pfizer (PFE.N). With concerns about the strength of the economy, investors will focus on corporate expectations for the rest of the year and into 2022.

“We may not see many 70% earnings growth quarters going forward, but that still doesn’t mean that we are looking at negative earnings growth,” said Anu Gaggar, global investment strategist with Commonwealth Financial Network. “Even if it moderates, it is still reflective of a healthy economic environment.”