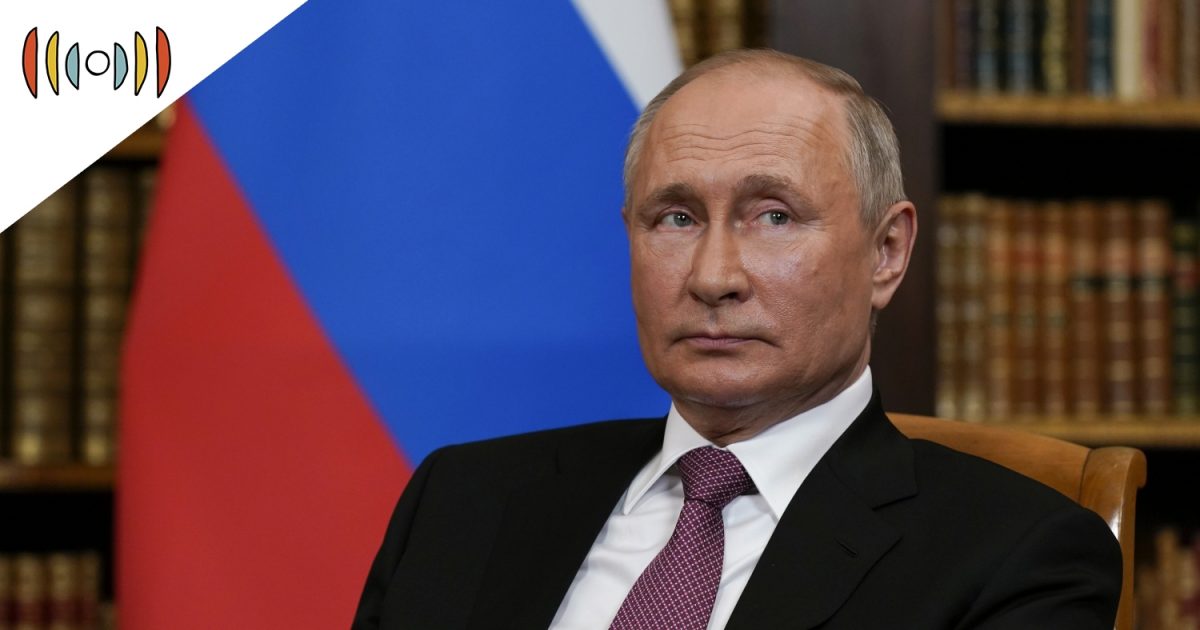 So glad you’ve joined us for today’s edition of The World and Everything in It. Good morning, I’m Nick Eicher.

MARY REICHARD, HOST: And I’m Mary Reichard. First up, how President Biden’s foreign policy strategy is playing out in Europe.

The president last week wrapped up an eight-day visit to Europe. His first stop was at a Royal Air Force base to speak to U.S. service members stationed in England.

BIDEN: This is my first overseas trip as president of the United States. I’m heading to the G7, then to the NATO ministerial, then on to meet with Mr. Putin to let him know what I want him to know.

EICHER: While most of the buildup surrounded that face to face meeting with Putin in Geneva.

What came before may have been more significant; President Biden’s efforts to distance his foreign policy approach from that of former President Trump.

BIDEN: This diplomacy is essential, because no single nation acting alone can meet all the challenges we face today because the world is changing.

But what really came out of those meetings with European leaders? And are we better off for them?

REICHARD: Here to help answer those questions is Doug Bandow. He is a senior fellow at the Cato Institute and a former special assistant to President Ronald Reagan.

REICHARD: Well, to start, give us a snapshot of where the ties between the United States and Europe stood heading into these meetings. President Trump frequently criticized European countries for not doing enough to pay for their own defense. But did anything really substantively change between the United States and Europe under the last administration?

BANDOW: Well, what’s interesting is that the Trump administration—on policy—did not differ very much from preceding administrations. The concern over burden sharing is one that goes back many years. In fact, the U.S. put more troops and spent more money in Europe under Trump than before. It was much more a question of atmospherics and, frankly, personal relationships. That is, Donald Trump did not treat the Europeans like they were allies. He didn’t treat them like they were decent people. And that matters when you’re forming personal relationships. And that is where Biden is dramatically different. This is somebody who they know, he knows them. He likes them. They like him. He reestablished that tie.

REICHARD: Some have said that President Trump’s trade disputes with Europe had the unintended consequence of pushing Europe closer to China. Is that how you see it?

BANDOW: Yes. The most important aspect, I think, is that what he managed to do is instead of working with Europe to take on China on economic issues where we and the Europeans agree, he managed to start two trade wars at once, and divided the U.S. from Europe. And there are a lot of other issues that can help push them away from us—things of sanctions on Iran, etc. But the trade issue is a very big one. And in my view it was a huge mistake. We had a lot more at issue with the Chinese than with Europe. You know, you don’t make everybody your enemy at once. He did that and the Europeans did not approve.

REICHARD: We’ll talk more about China in a moment. Let’s talk first a little more about what happened on the trade front during this trip. Obviously, the U.S. and EU settled a longstanding trade feud over subsidies to aircraft manufacturers Boeing and Airbus. What was the significance of that in your view?

BANDOW: Well, the importance of that—this is a long standing disagreement. You know, frankly, both the Europeans and Americans have, you know, subsidized their airline manufacturers. People refer to the Export Import Bank as Boeing’s bank. It supported so many purchases of Boeing aircraft. So this is one of those issues, which is very much a political dispute, trying to settle it through some of the legal mechanisms and the World Trade Organization, you know, was not going to work very well. It’s gone on for years. This is one of those critical ones, you’ve got to set it behind, you’ve got to come up with some kind of an outcome that both sides can be satisfied with. It looks like we’ve got that or at the very least, there may be more negotiations to come. But we won’t be in open economic warfare. That’s very important.

REICHARD: European leaders did talk about China last week as a “challenge,” but they didn’t use the word “threat” as they did with Russia. How united are Europe and Washington on the threat that China poses to the rest of the world?

BANDOW: There are some very important differences, you know, between us. The reality is that the Europeans have nothing militarily to feel threatened by China. So it’s hard to argue that they should view it as a security issue. They aren’t that enthused about spending a lot on their military to deal with issues in Europe. They are not going to be getting militarily involved in Asia. They might send a ship here or there to make us feel good, but they’re certainly not going to go to war. So, the issues that we agree on are things like economics and cybersecurity. Those are important issues, but they’re kind of a different level, which is why they don’t want to call China a threat. They rely a lot economically on China, they have their own difficulties. They don’t like the human rights record, but they want to work with China. So they will work with us, but they’re not going to allow us to drive them into a corner and essentially make them enemies of China.

REICHARD: Cyber yes…What, if anything, has Europe shown it’s willing to do to help curb the Chinese “challenge,” as they’ve called it?

BANDOW: One of the things they’ve done is that they have at least temporarily killed an investment agreement over the issue of human rights and the fact that the Chinese retaliated against them—sanctioned some of their personnel. We see in Germany, for example, there’s a very good chance the Greens will be in the next government. They have elections in September. The Greens are much more skeptical of the relationship with China, especially concerned about human rights, less willing to paper over those disputes for economic benefits. So, we’re likely to see a bit more of that where the Europeans are going to take at least a tougher look on some of the economic issues. I think they may be more willing to work with us on issues in terms of, you know, whether it be you know, 5G, those sorts of things. We’re not going to get everything we want out of them. They disagree with us, frankly, on a lot of issues involving Russia. We’re going to have to take them where they stand, we’re not going to be able to push them necessarily our way, all the way.

REICHARD: China versus Russia, which country poses the bigger threat to Europe or the United States right now and why?

BANDOW: I think that almost certainly it’s China, though, the question is how you define threat. I believe that Russia is kind of a pre-1914 great power. Now it wants respect. You know, it does not like the idea of having NATO on its border. That’s why it’s treated Ukraine very roughly. I don’t see much evidence that Vladimir Putin is foolish enough to think he could swallow Europe. He’s a very malign actor, but I don’t think it’s particularly a military threat. I think there it’s cyber warfare that’s problematic, intervention in elections. These are things that matter, but they’re not, I don’t think they’re military issues. China is the far greater power. It’s the second largest economy on earth. By some measures it matches us. A growing military. It spends more in the military than the Russians do. Very involved around the world. This is a very serious challenge. And it’s a challenge for us and the Europeans. Though, again, primarily, I think, in economic cybersecurity, those issues, not quite the same in security, but there are some more of those issues than with Russia.

REICHARD: Doug, to you, what was the most important thing that happened during the president’s European trek, for better or for worse?

BANDOW: I think that in many ways, perhaps the most important thing was the meeting with Putin, which for the simple reason that we’ve got to try to come up with a relationship where we can work and live together. And my hope is that what the President was able to get across is we have some red lines, don’t cross them. We can accept they might have some red lines. Let’s talk about this stuff. Other things like with NATO and the G7 were useful. They reestablish relationships. I think those are a bit easier. I think, in this case, working with Russia trying to at least get off to the right start was a very positive thing

REICHARD: Doug Bandow with the Cato Institute has been our guest. Mr. Bandow, thanks so much!

BANDOW: Sure thing. Happy to be on.

WORLD Radio transcripts are created on a rush deadline. This text may not be in its final form and may be updated or revised in the future. Accuracy and availability may vary. The authoritative record of WORLD Radio programming is the audio record.