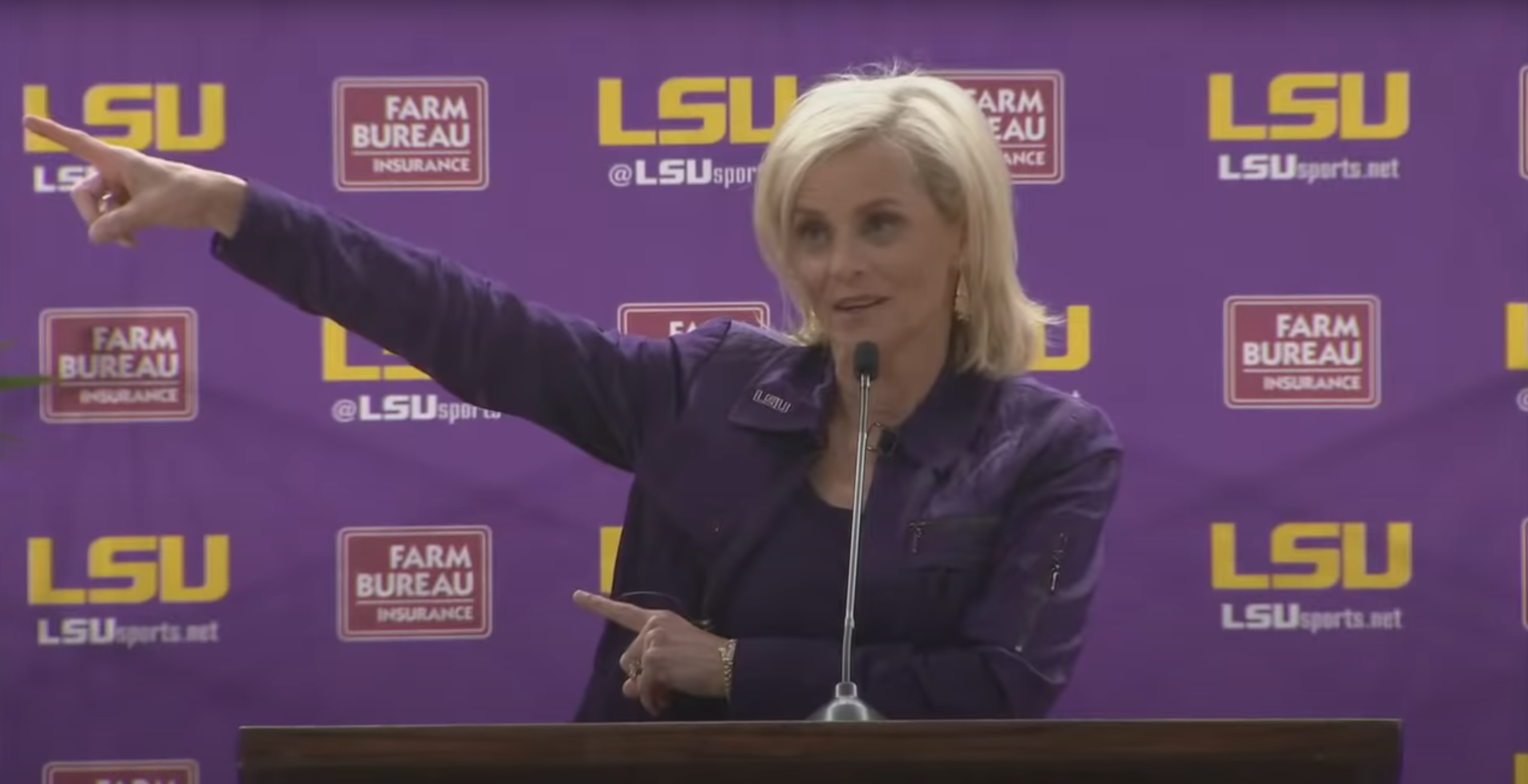 The LSU women’s basketball program pulled off one of the biggest moves off the college basketball offseason this week when it hired Mulkey from Baylor, where she has spent the past 21 years.

The Tickfaw native won three national championships, a dozen Big 12 titles and was a three-time national coach of the year in her time with the Bears, but the Tigers managed to lure her back to Louisiana.

“I would not have left Baylor for any other school except LSU,” Mulkey said during her introductory press conference Monday, April 26. “How do you get a coach to leave an institution that has had so much success? I think that’s what everybody’s wondering. And the first thing you’re gonna wonder is, ‘God, she got a boatload of money…’ Yes, it did take some money to get me away from Baylor, but that wasn’t the deciding factor. Timing in everybody’s life is so important. If it doesn’t feel right at that time in your life, you don’t do it. It just felt right, the timing in my life. If you have followed my career, I’ve said it numerous times: No matter where I go to coach, no matter where my career takes me, Louisiana is my home.”

Now that Mulkey is back in Louisiana, she’s hoping to bring that previous success with her to Baton Rouge.

It’s been three years since the Tigers made the NCAA Tournament and seven years since they’ve reached the Sweet 16. LSU hasn’t won the SEC or reached the Elite Eight since 2008, which was also the school’s last Final Four appearance.

But based off the reactions across the country, many feel it’s only a matter of time before LSU is back to competing for both conference and national championships again.

“It won’t take long if history is any teacher to know that LSU is going to have success,” ESPN women’s basketball analyst Rebecca Lobo said earlier this week. “Kim Mulkey only took five seasons at Baylor to win them their first national championship. Her teams take on her personality. There’s a toughness there—a relentlessness—especially on the defensive end of the floor. If you watch the SEC, you know it’s a league where defense matters. It is only a matter of time—a short amount of time, I think—before we see LSU back on the national stage.”

That sentiment has been echoed by fans, coaches and media alike since Mulkey’s introduction. See what some of the biggest names in the college sports world had to said about LSU landing Mulkey below.

Kim Mulkey is the single greatest coach in the history of Baylor University. This is not a debate nor an opinion … it is a statement of fact. If she chooses to leave and head home to Louisiana … Baylor fans should thank her and wish her well. What she accomplished was remarkable.

Kim Mulkey has left one heck of a legacy at #Baylor. They should build a statue for what she did with that program. 3 National Titles and a ton of Big 12 Championships. Good luck at LSU coach! #SicEm pic.twitter.com/3yiLA6XuY1

This is a home run hire. She’s obviously a lightning rod for controversy because she’s not afraid to say what she thinks. But I think players respond to that and admire her for that. She automatically comes in with her ability to recruit players. She’s top five. It elevates (LSU) right away in areas where they were lacking.

We are who we are because of you. Thank you Coach. #SicEm | @KimMulkey pic.twitter.com/ihzqT6l58X

Kim Mulkey IS Baylor. Period. She along with her players put them on the map. Year after year she had them in the National Championship conversation along with running the Big 12. She left a legacy and will go down as one of the greatest coaches of all time. 🐻💚 #NCAAW

I’ve been wanting this for a long time. It’s home for her, and it feels like home for me after being in college there for four years. I’m as excited as any fan in Baton Rouge or across Louisiana right now. LSU is getting a coach that’s a winner—that does things the right way … Part of what drew her to coming home is the culture that is Louisiana and is LSU. (LSU) is getting a great coach, and even better than that, they’re getting a great leader and a great person.

Thank you @KimMulkey for making Baylor Women’s Basketball one of the premier programs in the Nation. Thank you for always treating my family and myself as family. Sad to see you go but enjoy being home at LSU, you earned it. #SicEm https://t.co/39tEZ2Ia0x